Artwork on the South Mezzanine 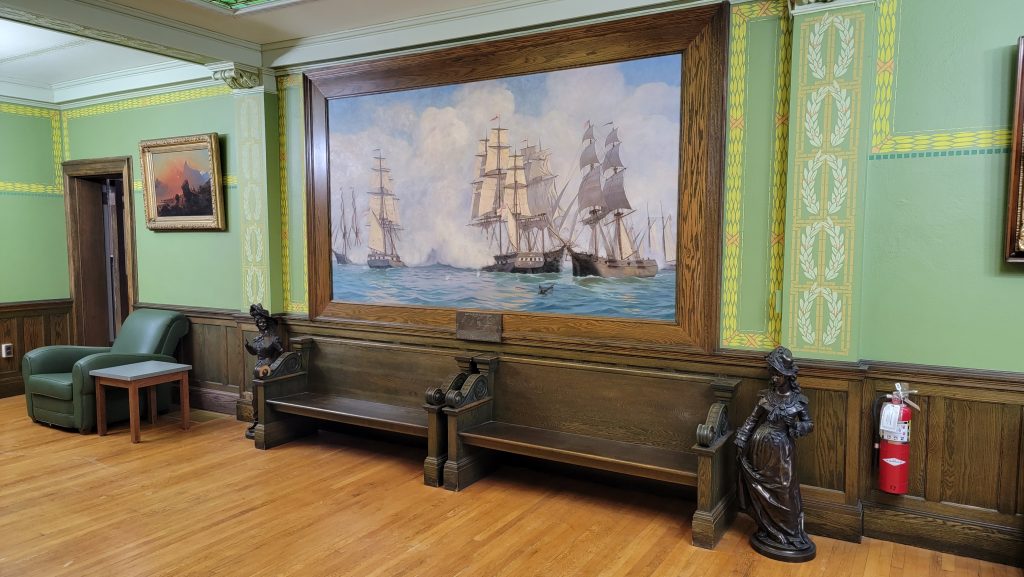 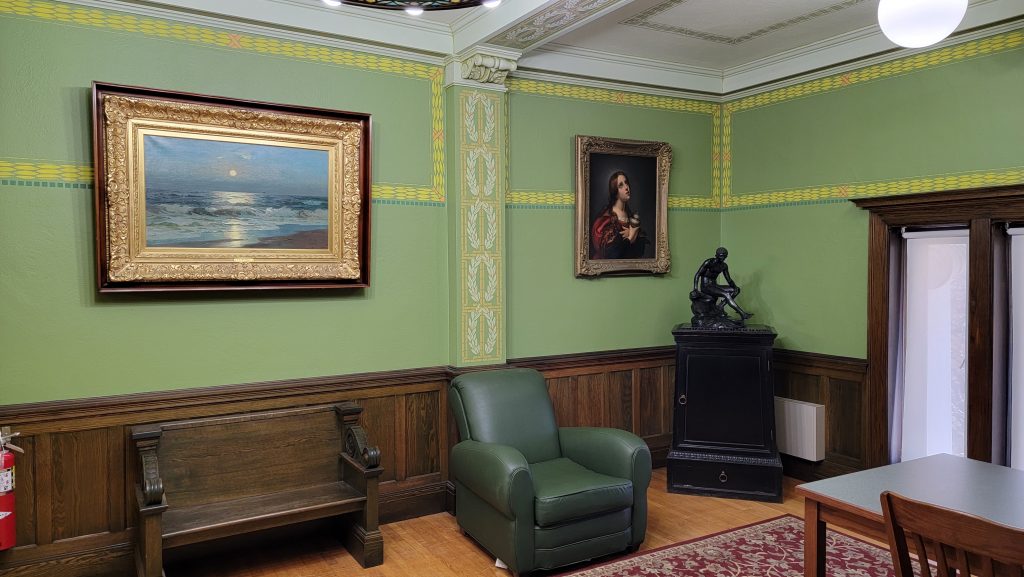 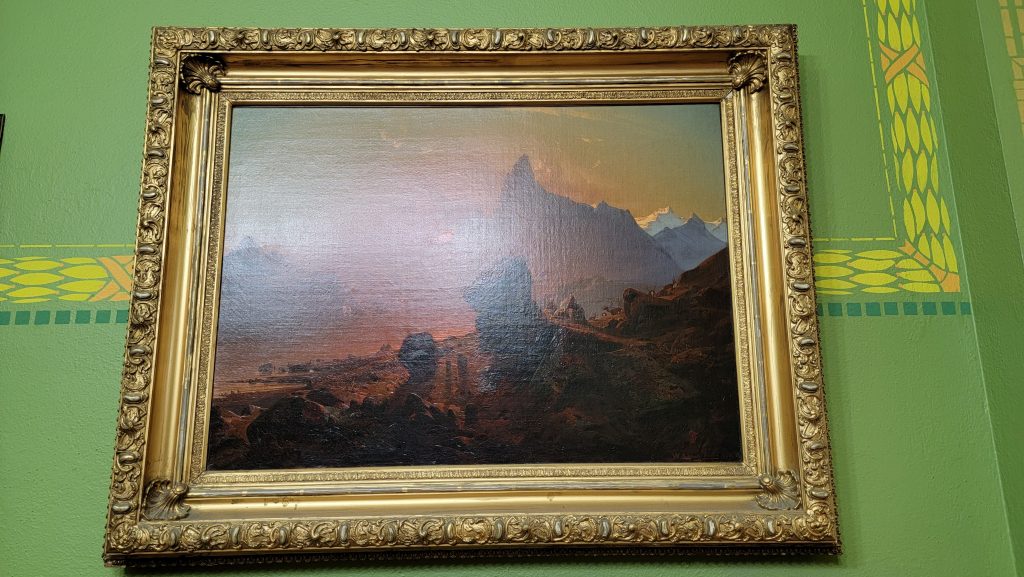 This oil on canvas painting by Franz Wilhelm Schiertz (1813-1887) depicts a German landscape with dramatic mountain scenes. It includes an original gold leaf frame with a shell motif. 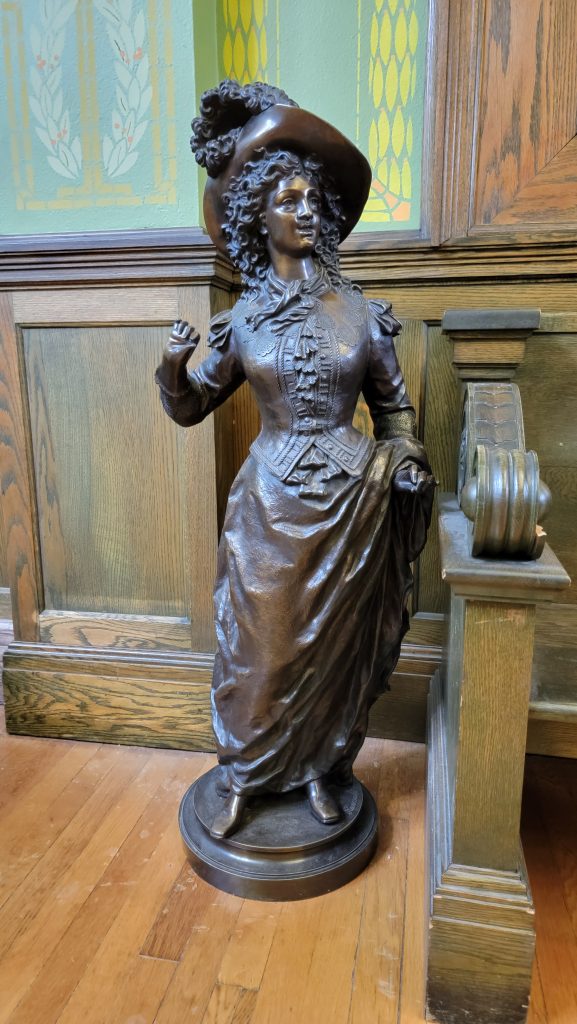 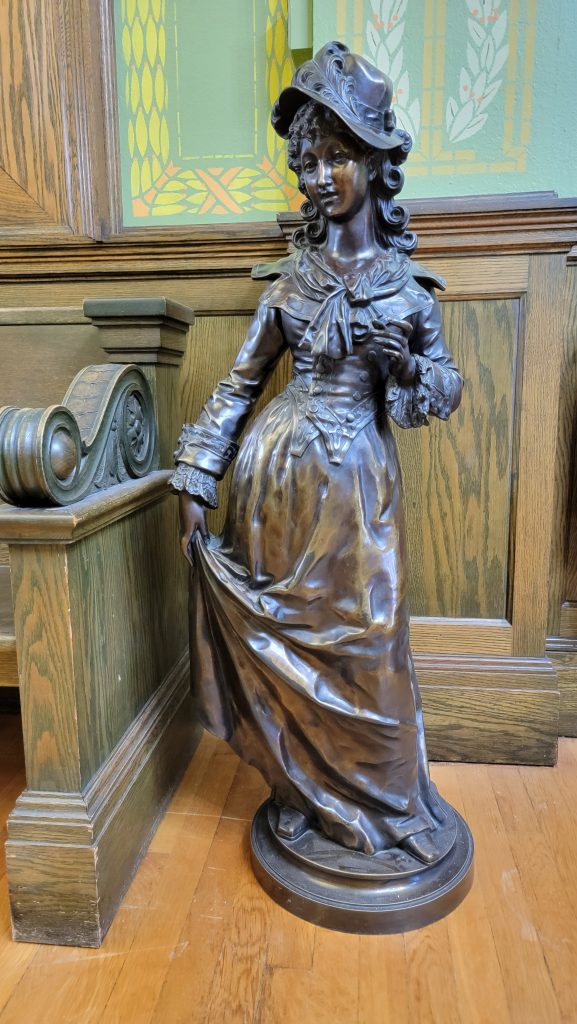 This pair of bronze statues were created by Earnest Rancoulet, who was born in 1870 and died in 1914. 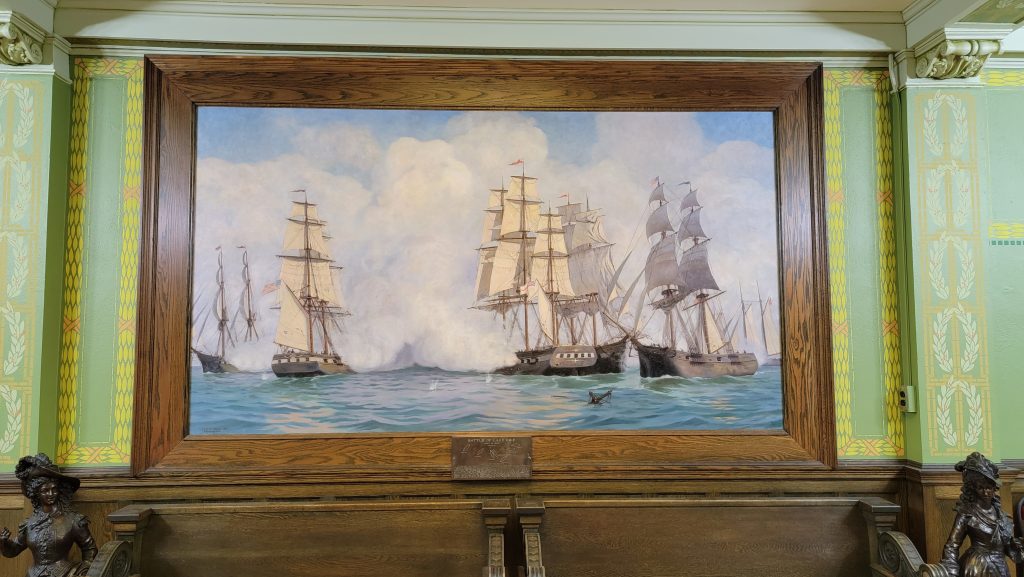 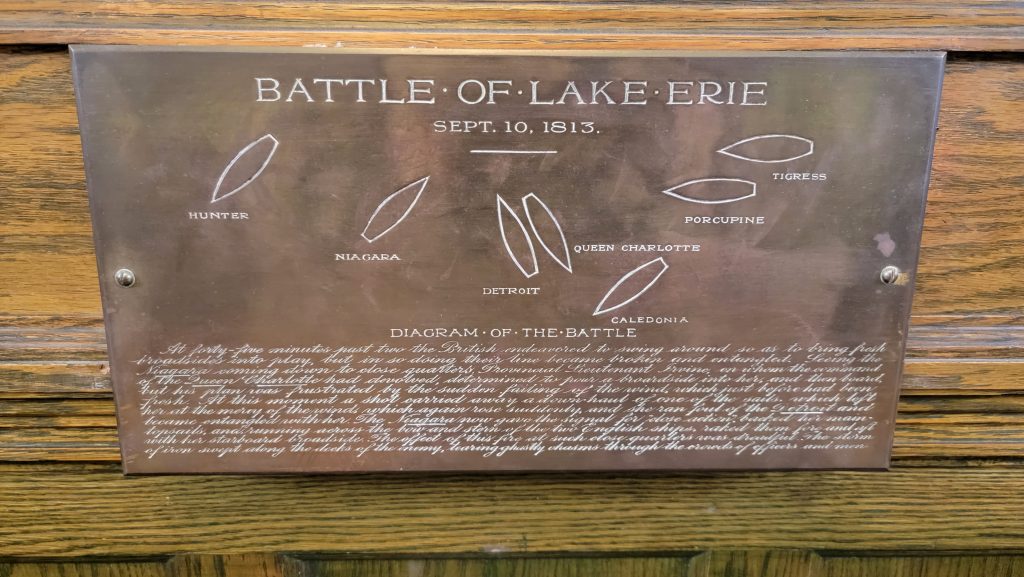 The Battle of Lake Erie was create by Hiram Peabody Flagg in 1904. Flagg was born in 1859 in Somerville, MA. He was in New York City when he was commissioned to execute two historical murals for the library.

This specific mural is mounted in a sawn oak frame and is set with a brass plaque that identifies the various sailing ships and describes the battle.

The plaque below the painting is inscribed:

At forty-five minutes past two the British endeavored to swing around so as to bring fresh broadsides into play, but in doing so, their line became broken and entangled. Seeing the Niagara coming down to close quarters, Provincial Lieutenant Irvine, on whom the command of the Queen Charlotte had devolved, determined to pour a broadside into her, and then board, but his plan was frustrated by the sudden failing of the wind, which just before had been fresh. At this moment a shot carried away a downhaul of one of the sails, which left her at the mercy of the wind, which again rose suddenly, and she ran afoul of the Detroit and became entangled in her. The Niagara now gave the signal for ‘close action’ backed her main-topsails, and running across the bow and stern of the other two English ships, raked them fore and aft with her starboard broadside. The effect of this fire at such close quarters was dreadful. The storm of iron swept along the decks of the enemy, tearing ghastly chasms through the crowds of officers and men. 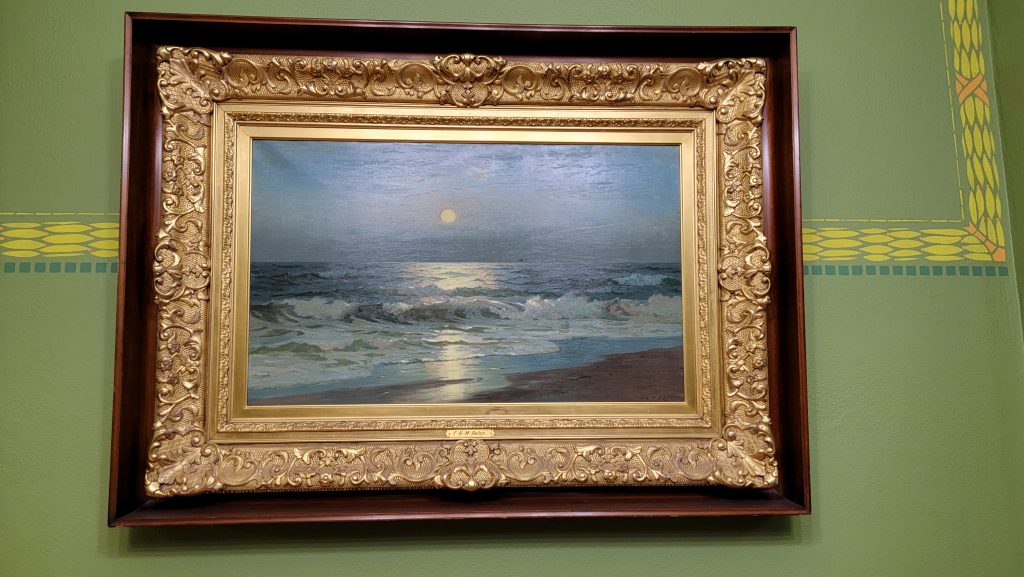 Moonshine/Moonlight in June was made by Frank Knox Morton Rehn. Rehn was born in 1848 and died in 1914 and was one of the most successful American marine painters in the nineteenth century.

Moonshine/Moonlight in June was the winner of the 1907 Art Exhibit in Watertown. The exhibit was started as an experiment by the Municipal Improvement League. The experiment started in 1906 when Charles Naegele, Frederick Flower, and other important citizens “worked to create an art museum in which citizens actually selected the picture of pictures they wanted from the exhibition.”  Citizens were charged 10 cents to view the exhibition and were each given a ticket to vote for the best picture. “The painting receiving the largest number of votes was purchased at the end of the exhibition. Should the receipts be more than the price of the picture selected, the remainder was to be used to purchase an additional painting.” 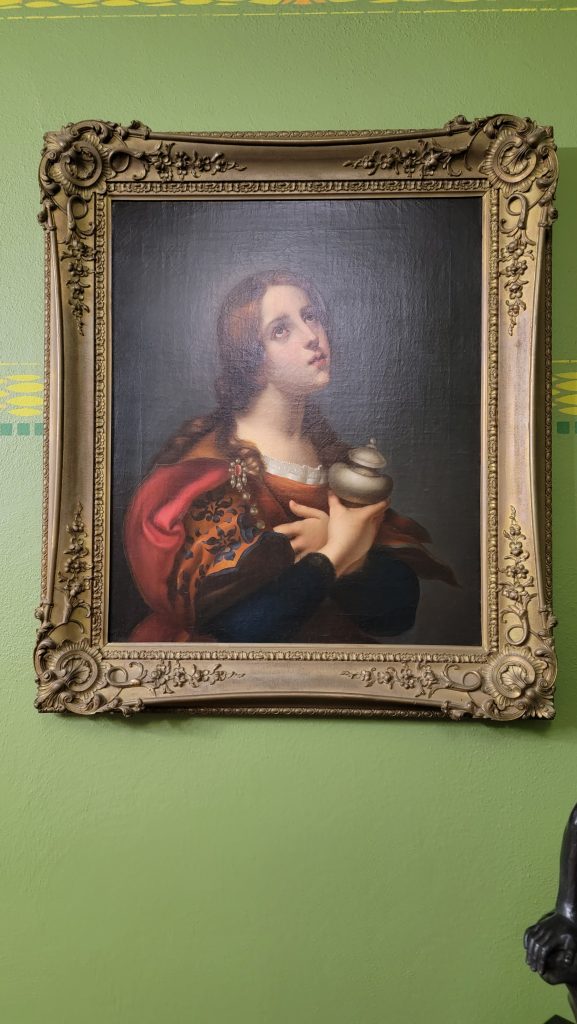 This oil on canvas painting was created by an unknown artist in the nineteenth century.