Artwork in the Old Watertown Room 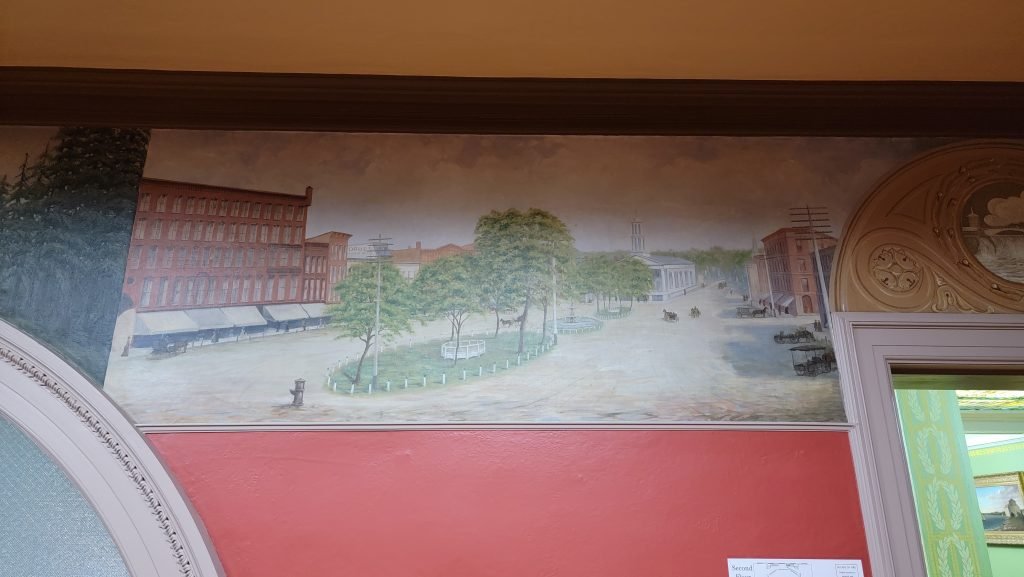 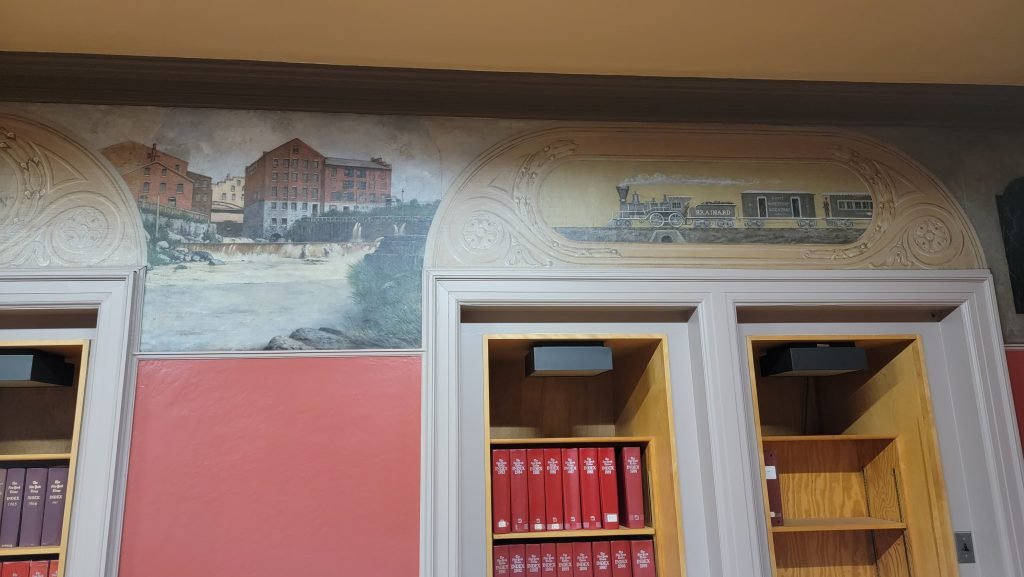 The original paintings for the Old Watertown Room were commissioned by Emma Flower Taylor. Work and installation began in 1916 by artist Charles Frederick Naegele. According to a 1916 article from The Watertown Herald, the intent was to depict “a very completed panoramic portrayal of the city in its village days.”

Unfortunately, Naegele was unable to complete the work, so in 1936 Charles Holden repainted the murals. This time the paintings show scenes from the square in Watertown and the Black River from the late 1800’s. Two of the scenes show Beebee Island and the iron bridge that connected it with the north side of the Black River and Mill Street, as well as the iron bridge which was part of Court Street.