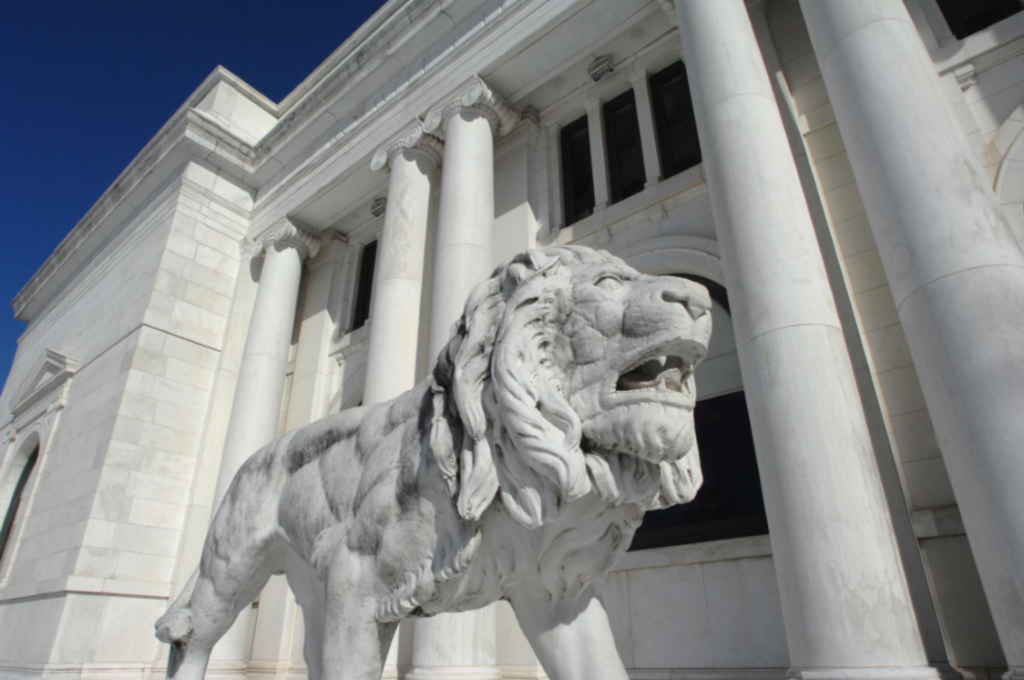 This gem of a library was made possible by Emma Flower Taylor’s generosity and dedication to the people of Watertown. The library is in the Grecian style of architecture and has many Roman features that are adapted to modern requirements.

The two stone lions in front of the library are not original to the building. They were added in June, 1905. The Watertown Herald reported that “The new Flower Library is being further beautified by Mrs. J. B. Taylor… At each side of the front doors and on the front steps, bronze lamps will be placed, while two marble lions will guard the entrance.”

The two stone lions came from Italy on the order of Mrs. Emma Flower Taylor.

Over the years, the lions have needed repairs. One of the lions had a tooth broken off and it was reported that “the big beast never winced when dentist W. W. Puffer did the job.”

In 1982, a lion lost his tail. The lion was first “injured” in 1925 by a falling maple tree. This time, the lion lost his tail when a 12 year old boy leaned against the lion. The tail fell onto the library steps and broke into several pieces.

Unlike Patience and Fortitude from New York Public, neither of Flower’s lions have an official name!